Short Thought #1: ‘Don’t Confront, Don’t Collude?’ from Rai Waddingham on Vimeo. This is the first in a series of free ‘shorts’. This one explores the mantra, woven deep into psychiatric practice – the belief that we should neither confront nor collude with beliefs that are seen as ‘delusional’. In the video, I share some […] 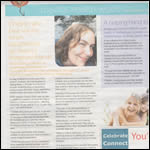 Last week, I was lucky enough to be invited to Perth and Bunbury by Richmond Fellowship Western Australia. As well as working with the team over there to help support their bid to develop Hearing Voices Groups within Western Australian prisons, I was also happy to provide three workshops on subjects close to my heart. […]

On Thursday 8th March, I was lucky enough to be speaking at a really interesting conference hosted by Norfolk and Suffolk NHS Foundation Trust. Giving Psychosis A Voice 2 brought together a line up of speakers that I would pay to see, so to be asked to present alongside some of the great and the good […]

Who am I? – Victim Vs Survivor

“An identity would seem to be arrived at by the way in which the person faces and uses his experience” – James Baldwin Identity is a funny thing. Most of us go around feeling confident that we have one, but rarely feel the need to look inside and define ourselves absolutely. On a personal level, […]