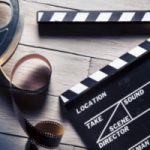 On Thursday 27th April from 6.30pm at Kennedy Lecture Theatre (UCL Institute of Child Health), I’ll be joining a panel to discuss a screening of  ‘They Heard Voices’ … a documentary I contributed to.

This screening is hosted by Mind in Camden, and the following information is taken from their site. If you want to find out more, check out their eventbrite page.

An “illness” with no “cure”, the label schizophrenia has persisted for over a century. This film offers multiple perspectives. Is schizophrenia hard science? Or an arbitrary, catch-all term with no real meaning? The film presents a series of wide-ranging interviews with voice hearers, medical historians, anthropologists and psychiatrists from Britain and America, presenting different people’s views side-by-side. The result is a tapestry of contrasting colours.

Jonathan Balazs is a videographer, image maker and technician living and working in Toronto. He first came across Mad Culture through a relationship he cultivated with a rapper from his hometown. The two would collaborate on music, and their film “Mars Project” explored the rapper’s belief in an alien invading his thoughts. After completing Mars Project, Balazs still had more questions than answers. THEY HEARD VOICES is part of his ongoing journey, investigating the Hearing Voices Movement and the diversity of human experience.

People in the film

Rachel ended the last century in a psychiatric hospital, diagnosed with schizophrenia and buying into the idea that schizophrenia was a life-long mental illness to be managed with medication. From 2007-2015 she managed Mind in Camden’s Hearing Voices Team, and is now a freelance trainer and consultant as well as being a Trustee for the National Hearing Voices Network, ISPS UK Vice-Chair and Intervoice Chair. She no longer takes medication and chooses to live alongside her experiences.

Dr Woods is a medical humanities researcher who is fascinated by the nature of so-called psychopathological experiences, and by the ways in which people understand, interpret, theorise, represent and research them. She is co-director of a large interdisciplinary study of voice-hearing called HEARING THE VOICE at Durham University.

Erin was a neuroscience researcher at University of British Columbia when she became convinced her brain cells possessed a remarkable, unique ability to regenerate. She emailed senior scientists suggesting they do a postmortem analysis of her brain and, to this end, requested that they let her know when she should kill herself. Erin believes this behaviour was attributable to schizophrenia. She has written a book, When Quietness Came: A Neuroscientist’s Personal Journey With Schizophrenia. She is married and works as a peer support worker in Vancouver.

A retired psychiatrist specializing in race issues in the mental health system, especially in East London, Dr Suman discusses how certain labels, e.g.”schizophrenia”, are disproportionately bestowed upon low-income earners, those living in urban areas and those of Afro-Caribbean origin. He is the author of many books on the intersection of politics and psychiatry, including Mental Health, Race and Culture.

Kevin is a voice-hearer who tells us about the Hearing Voices movement in Toronto and provides more insight into lived experience of “psychotic experiences.”

A support worker for homeless men in Toronto, Roininen talks about stigma in relation to homelessness and in relation to psychiatric diagnosis, and about the experience of feeling paralysed when called upon to help.

A historian at the University of Toronto, Dr Shorter provides background and analysis of how the term schizophrenia originally developed. He talks about psychopharmacology and suggests a relationship between schizophrenia and depression, based on his belief that the same drug treatments are effective for both conditions. He is author of History of Psychiatry: From the Era of the Asylum to Prozac.

If you are unable to pay online, please contact: