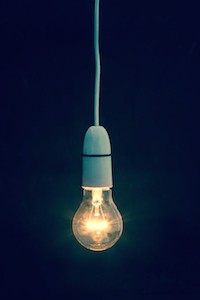 As some of you know, I’m currently working with VOICE Northamptonshire – a service for Victims and Witnesses of crime providing by Victim Support – on helping them reach out to people with a mental health diagnosis and/or learning disability.

As part of this, I’m working with Chocolate Films to create a series of animation shorts aimed at people with either a learning disability and/or a mental health problem. Each one of these will feature a particular barrier that has emerged from our engagement with community groups and people with lived experience of these issues. Our hope is that they will be useful to victims or witnesses of crime, giving them realistic information and encouraging them to seek help from VOICE if they want someone to talk to about what has happened. Ultimately we want to ensure people know that VOICE will listen to them, believe them and – importantly – be there for them. Whilst VOICE is funded by the PCC, it is independent from the police – so people can access VOICE’s services whether or not they report their experience to the police.

This brings me to what I need your help for, In the animations we are using a fictitious situation where someone has been a victim of a crime and has a particular worry/concern that is stopping them from seeking support.

If you have ever been victimised, or relate to some of these concerns because of your own life experiences, I want to hear from you. During the animation we’ll be sharing quotes from real people about how they got through or dealt with each of these worries/concerns … things that helped them, things they wished someone had told them … anything you’d like to contribute.

I won’t be able to use all of them, but I’d like to choose from a range of anonymised quotes. For those watching the animation, these quotes and experiences may be really helpful and inspiring. It’s wonderful to know that you’re not alone.

No one will believe me

Sometimes people worry that they won’t be taken seriously because of their diagnosis. They might have had times in the past where people have not believed them, or simply worry that this will be the case. This might stop people reporting the crime, seeking help for it or cause a great deal of worry as a case approaches the trial. People might feel really concerned that the defence barrister will use their mental health diagnosis / learning disability to discredit them. They might worry that the emotions they are experiencing as the result of the crime will be pathologised.

Quotes that might help: How have you dealt with a similar situation? What has helped you have the courage to challenge this kind of discrimination if it happens? What support has been useful in this area? How do you deal with it when people don’t believe you because of your diagnosis? What suggestions might you give someone in this situation?

Victim-blaming is not OK, yet I’ve met many people who have been in the mental health or learning disability systems who take on responsibility for things that are outside of their control. They might feel like they caused the bad thing to happen to them, or that they should have done something differently. This can be complicated when the person was in a situation that wasn’t safe (e.g. when I was mugged I had been to a cashpoint late at night .. I didn’t report it because I thought it was my fault for being so ‘stupid’).

This blame game can be so unhelpful, especially when it is NEVER the victims fault. We should, in an ideal world, be able to walk down the streets at night without being hurt. We should be able to date someone without being assaulted. We should be able to leave our window open without someone breaking in to our house. Yet, this self-blame can stop people from both reporting it or feeling that they deserve the help VOICE can provide. They might worry that others might be mad at them or judge them. Sometimes, people do.

Quotes that might help: How have you dealt with a similar situation? What helped you overcome self-blame? What might you suggest to someone in a similar position?

There’s no point – no one can do anything

It’s a sad fact that most of the crimes that get reported don’t result in a conviction. Sometimes there is little evidence to go on (e.g. no physical evidence, CCTV or witnesses). Sometimes, even when the perpetrator is identified, the process of getting to court can feel long and arduous. It doesn’t always have a positive outcome. Given all of this, it’s understandable that some people might think that there’s no point in talking with VOICE (or reporting the crime). They might worry that reporting someone might only make things worse (e.g. that the investigation might anger those who are harassing them), or that speaking about the crime to someone is useless because VOICE cannot ensure that the perpetrator is caught or prosecuted.

This can sometimes leave people feeling really powerless – experiencing a difficult situation, but feeling that nothing can be done. If people want to talk, get practical support or be signposted to other services VOICE can help … we’d like to encourage people to recognise the value of talking whatever happens within the criminal justice system.

Quotes that might help: How have you dealt with a similar situation? What would you say to someone who isn’t sure there’s any point in talking because it won’t guarantee the person who hurt them will be found or convicted? How can talking/being listened to help, no matter what the outcome of the criminal justice system?

I don’t want to get anyone in trouble

Sometimes, especially if the perpetrator is a supporter or someone in a person’s social network (friend, family member, carer, support worker, nurse or therapist) the person worry about getting the person in to trouble if they speak out. They may feel unsure whether a crime has been committed, or explain away the crime by making excuses for the person. They might feel that it was their fault anyway, that they got something wrong in the relationship and that if they talk about it they’ll be giving a bad impression of an otherwise nice/caring person.

Sometimes people rely on those close to them for support and worry about the consequences of speaking out. People don’t have to report a crime to get support from VOICE – and contacting VOICE can be a good first step in helping someone work out what to do next.

I can’t get it out of my head

With most things in our society, there’s a socially acceptable time limit for suffering … whether it’s grief, trauma, victimisation or redundancy. Unfortunately, people can be very understanding when a difficult event happens, but years later the person’s reactions can be seen as ‘abnormal’. Their reactions (e.g. hearing voices, panic, vigilance, flashbacks, avoiding reminders of the event) can be labelled as part of a disorder. They may start to get the message that they should simply ‘get over it’. People can also be judgemental about the severity of a crime being linked with the acceptable reaction – some crimes can be seen as ‘minor’ and people may be told that they are making a big deal over nothing. Yet, as we know, it’s really damaging to judge other people’s reactions by society’s norms.

In this example we’re going to focus on someone who is having a really difficult time after witnessing a violent crime. They have the added difficult of not being seen as the ‘victim’, so not feeling that they are entitled to any support. Yet, witnessing a violent crime can be incredibly traumatic. We all deserve to be head and VOICE is open to witnesses as well as victims.

Please email your ideas/quotes to [email protected] or leave a comment on this page. If you’re a Facebook friend I’m also starting a thread there you can respond to.

I’ll assume that if you share your quotes/ideas you’re happy for me to use them anonymously. I may need to edit them to keep them short/clear – but if I think I’m going far from their meaning I will let you know if I have a way to contact you.

Thank you for helping me gather a diverse range of ideas/experiences. It’s way more powerful than me just including my own experiences/ideas.