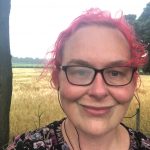 Walking 874 miles for HVN and me

As those of you who follow me on social media might already know, I’ve taken the mad/courageous decision to walk 874 miles (the equivalent of trekking the iconic route from Lands End to John O’Groats) in 80 days to raise funds for the National Hearing Voices Network. This might not sound much, but if you […]

As the weather gets colder here in the UK, I’m gearing up to head to warmer climes. Next month I’m lucky enough to be spending a few weeks in Australia – Melbourne and Sydney, more specifically. Whilst it’s primarily a trip to introduce my daughter to some of my closest friends, it would be weird […] 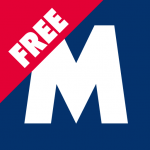 An article by Lucy Nichol that appeared in The Metro on Sunday 20th May 2018. There’s definitely a lack of understanding around the idea of psychosis. In fact, the word itself carries certain connotations that many find unhelpful and often distressing. But we don’t have to use that word if it doesn’t seem to fit with the […] 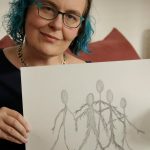 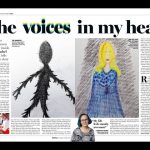 In recent years I have taken a step into research – consulting on other people’s studies (e.g. Hearing the Voice at Durham University), taking part in research committees (e.g. Open Dialogue, Intervoice) and undertaking my own research. You can find my Researchgate profile here: www.researchgate.net/profile/Rachel_Waddingham I am currently recruiting participants for two studies: Exploring and engaging […] 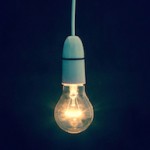 I’m working with Chocolate Films to create a series of animation shorts aimed at people with either a learning disability and/or a mental health problem. Each one of these will feature a particular barrier that has emerged from our engagement with community groups and people with lived experience of these issues. I need your help to share ideas, experiences and quotes that people can relate to.

My 6 Month Sobriety Marathon for Charity

As anyone who knows me can tell you, I love beer. Settling down with a pint of real in my hand after a hard day’s work is one of life’s pleasures. Our mutual love of beer even motivated me and my husband to move from SE London to Faversham (home of Shepherd Neame and some seriously great […] 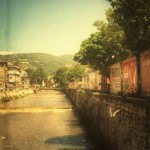 There’s no two ways about it – I love my life (and my work). Last week, accompanied by two colleagues – Dirk Corstens (Intervoice Chair and dutch psychiatrist) and Slobodanka Popovic (a systemic therapist working in the NHS) – I had the privilege to visit Belgrade and Sarajevo to stimulate the development a Hearing Voices Network […]

We have joined other organisations around the world in deciding to stop using an unscientific and highly stigmatising label which, because of its connotations of an irreversible illness (‘brain disease’), has damaged millions of people for a century John Read, ISPS, March 2012 This month I feel overwhelmingly proud to be a member of ISPS […]